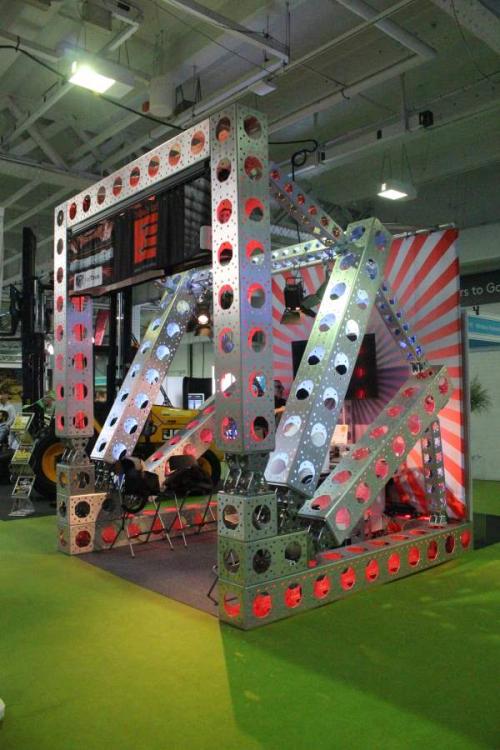 The company will exhibit the lightweight aluminium truss system, which offers practically limitless configurations and applications, on Stand F58E at London’s Olympia on 1st and 2nd March.

Often described as 'full size Meccano' by its users, ModTruss won Engineering Product of the Year at the ABTT Theatre Awards in 2015.

It has been gaining prominence in the UK and European markets after being exclusively distributed by Triple E.

In Europe, it has already been the choice product in many prestigious locations, most notably at the Royal Opera House in London and Deutsche Oper in Berlin.

"ModTruss is gaining momentum in the event world and our ability to build pop-up theatres and structures makes our presence at the Event Production Show essential," says Triple E’s Managing Director, David Edelstein. "The industry has become increasingly excited about the possibilities of ModTruss. Its power to truly change the way we approach set building, design, machinery fabrication and even complete building structures is phenomenal. Come and see for yourself!"

Triple E will be showcasing ModTruss at the Event Production Show at London’s Olympia on 1st and 2nd March on Stand F58E.